Floating World: Part One July 12–Aug. 8 from 7-11 PM in San Francisco at the Shooting Gallery. The show will focus on larger works. Shooting Gallery shootinggallerysf.com 886 Geary Street, San Francisco. Kelly Tunstall and Ferris Plock’s new works “Floating World: Part One”, showcasing both collaborative and solo works, is an exploration of favorite themes, centering on a profound love for Japanese traditions and culture. The title of the show is in direct reference to the ancient art of Ukiyo-e which translates to “pictures of the floating world”. The floating world is a dream world destination where characters achieve the impossible… where buildings come alive after eons of slumber, where different species of animals converse openly with each other and with their human companions. 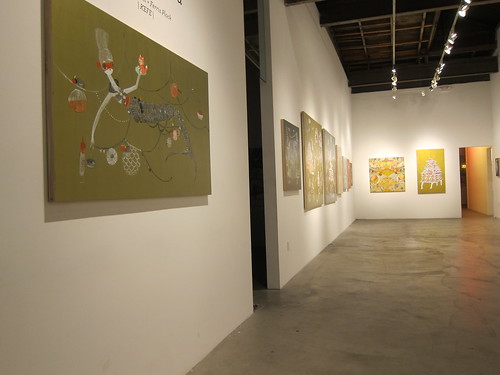 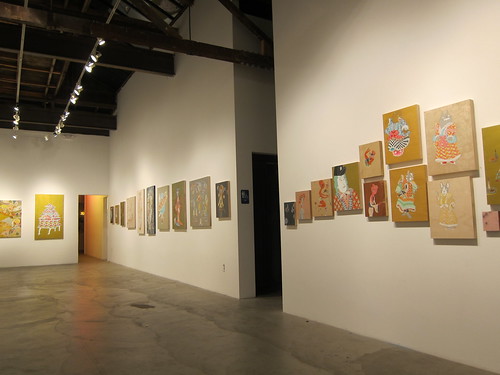 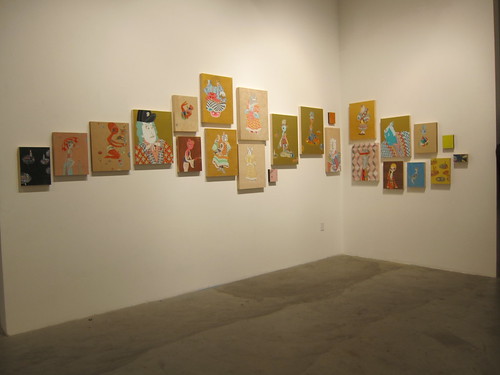 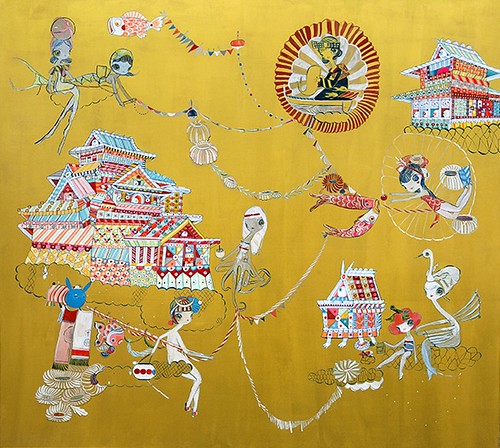 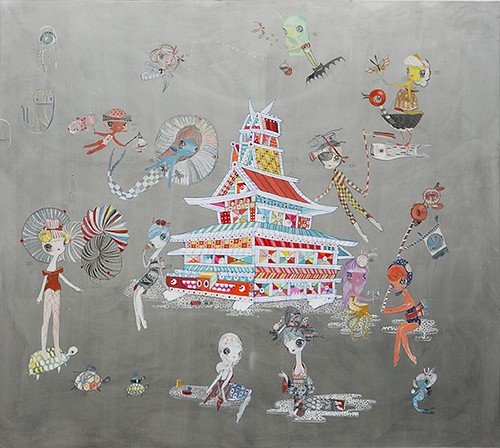 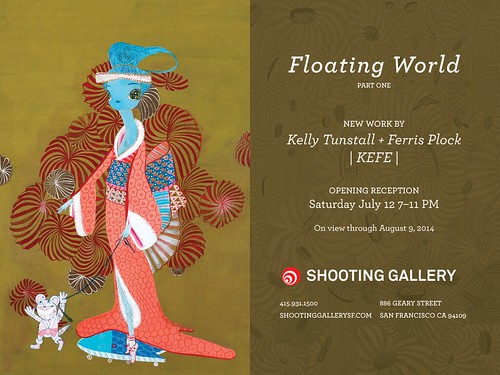 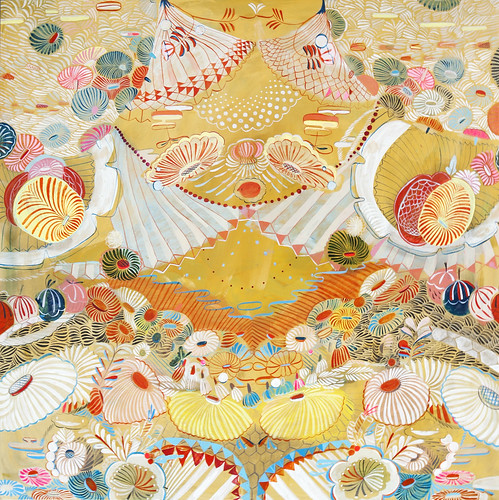 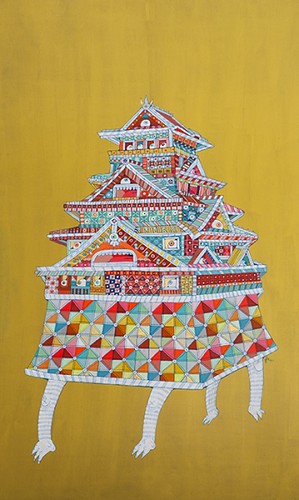 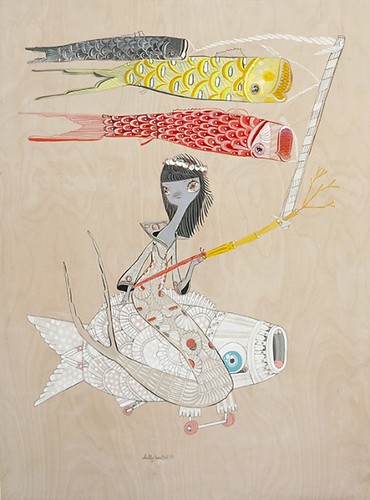 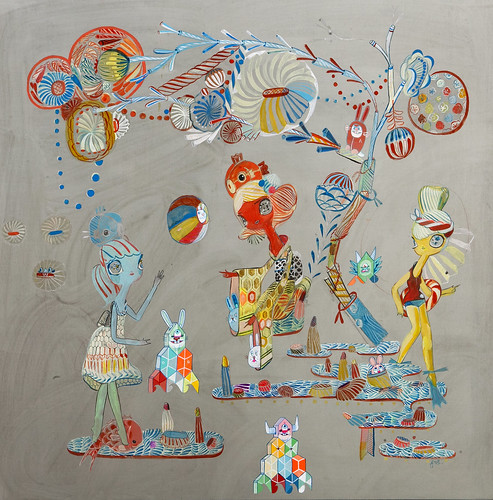 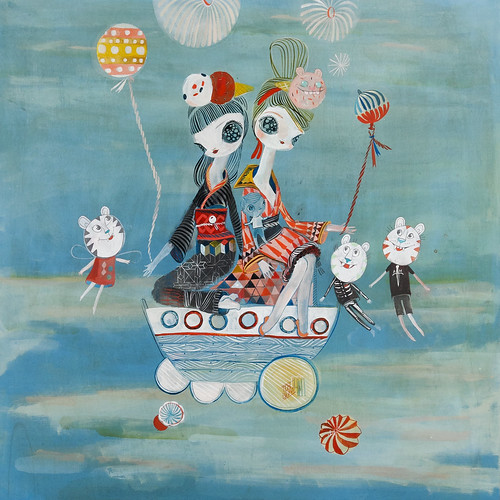 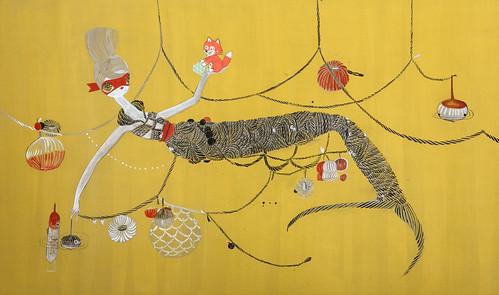 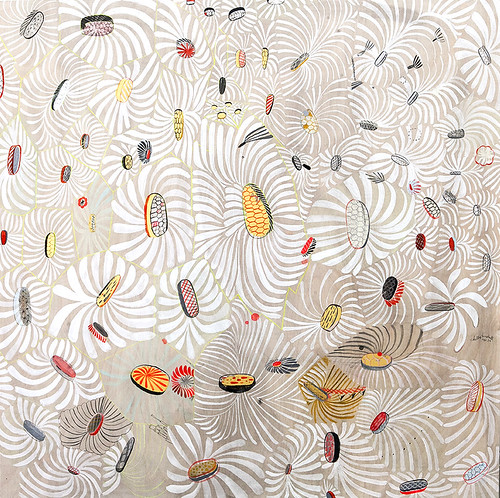 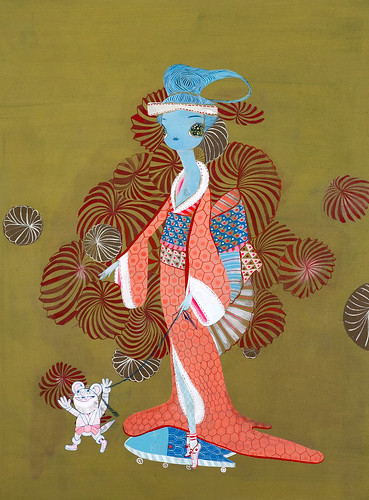 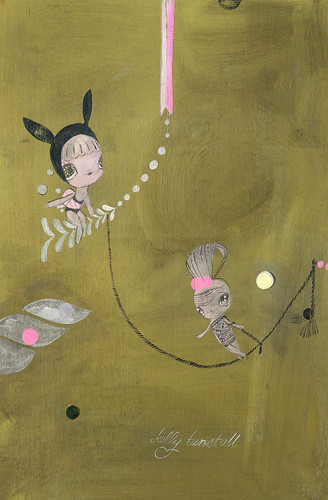 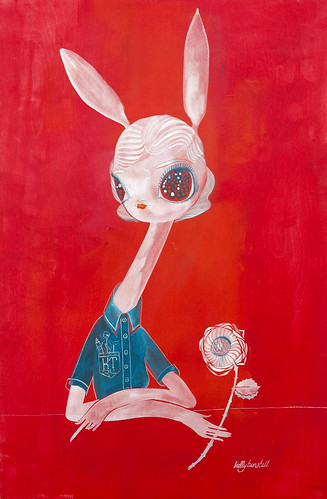 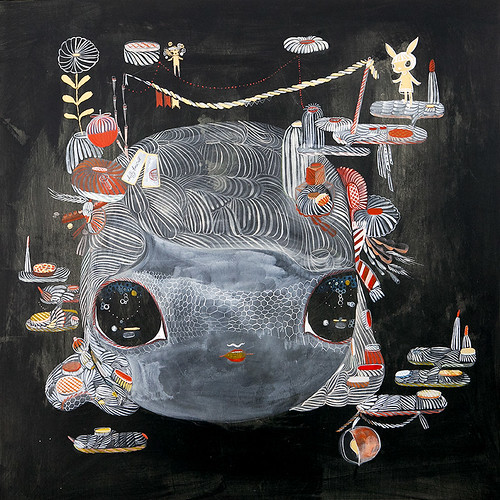 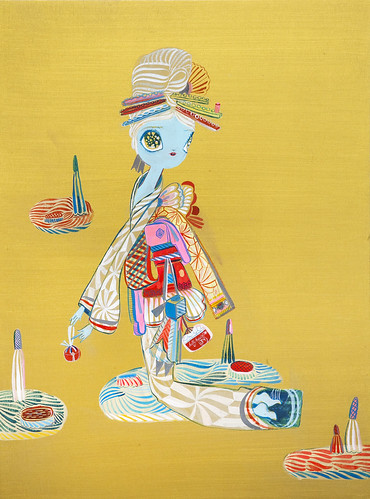 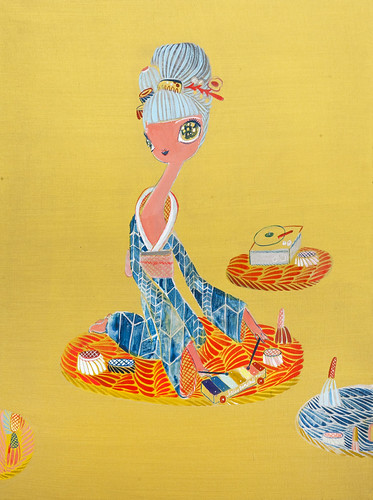 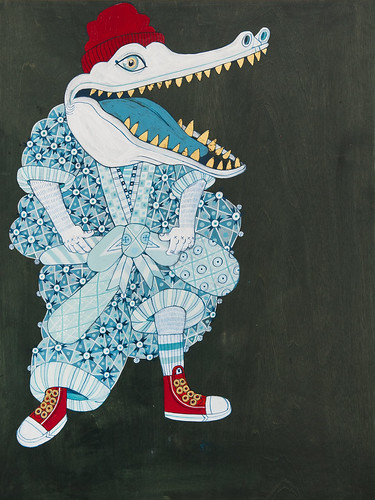